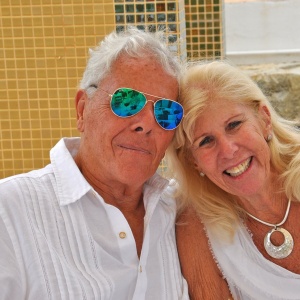 Without realizing it I became involved with Por los Ninos 3 years before it began when Gloria and I moved to Zihuatanejo and began helping a small indigenous school. After being involved in the school and children it became clear to me that the 4 or 5 individual groups that operated independently would be able to accomplish much more if they would join together. I had become involved with Sai Fest and Gloria had found Lorenzo walking on the beach (clean the beach day) and we talked about our plan. With this goal in mind I approached the different groups and was told that we were a minority of one. Shortly after that Lorenzo, Gloria and I formed Por los Ninos and the rest is history.