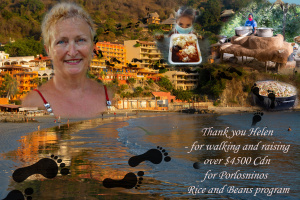 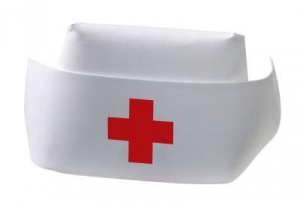 I am very proud and a bit shocked to report that Sailfest with only one event earning money, raised $ 2,082,041. pesos and we still have pledges coming in. From absentee volunteers to local Golf Groups! Our 20th anniversary was celebrated but not how we planned. Margaret pictoralized our history and it is still displayed at the pier.

The Sail Parade was small but other visiting boats pitched in to make a nice showing with 10 boats. Margaret outdid herself again with the following video!

The Online Auction raised 142,280. pesos, As well as the usual supporters the highlight was donations of hand-made goods from people who had received food hampers who wanted to do something to give back. People really did donate from the heart, both the donors and the bidders! Janet being the whiz she is with computers figured it all out! 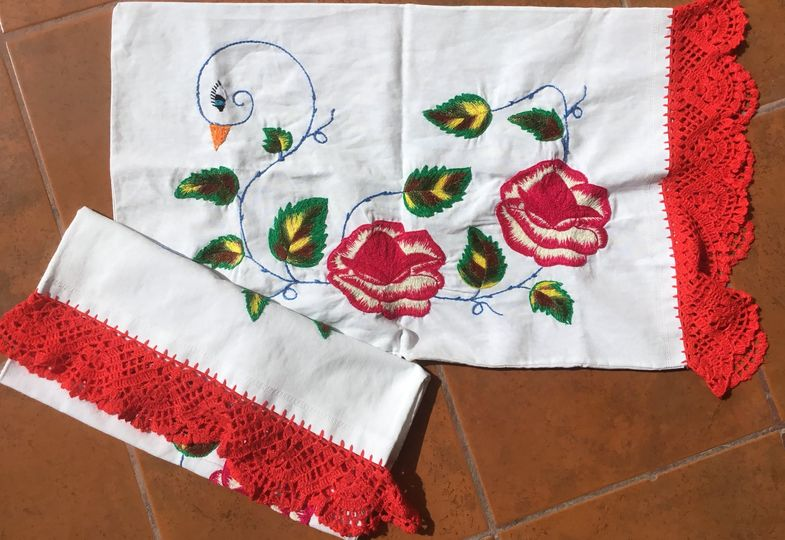 AND THE WINNER OF THE FIRST SAILFEST SCAVENGER HUNT IS Stacey and Andy, a semi-retired couple from California who now live mostly in Morelia, and also spend from 2 to 6 months in Zihuatanejo. They found all 25 posters and were very creative. Runners up were Charlene and Kirk, on SV Freedom Kirkland, Thanks, Margaret for putting it all together. 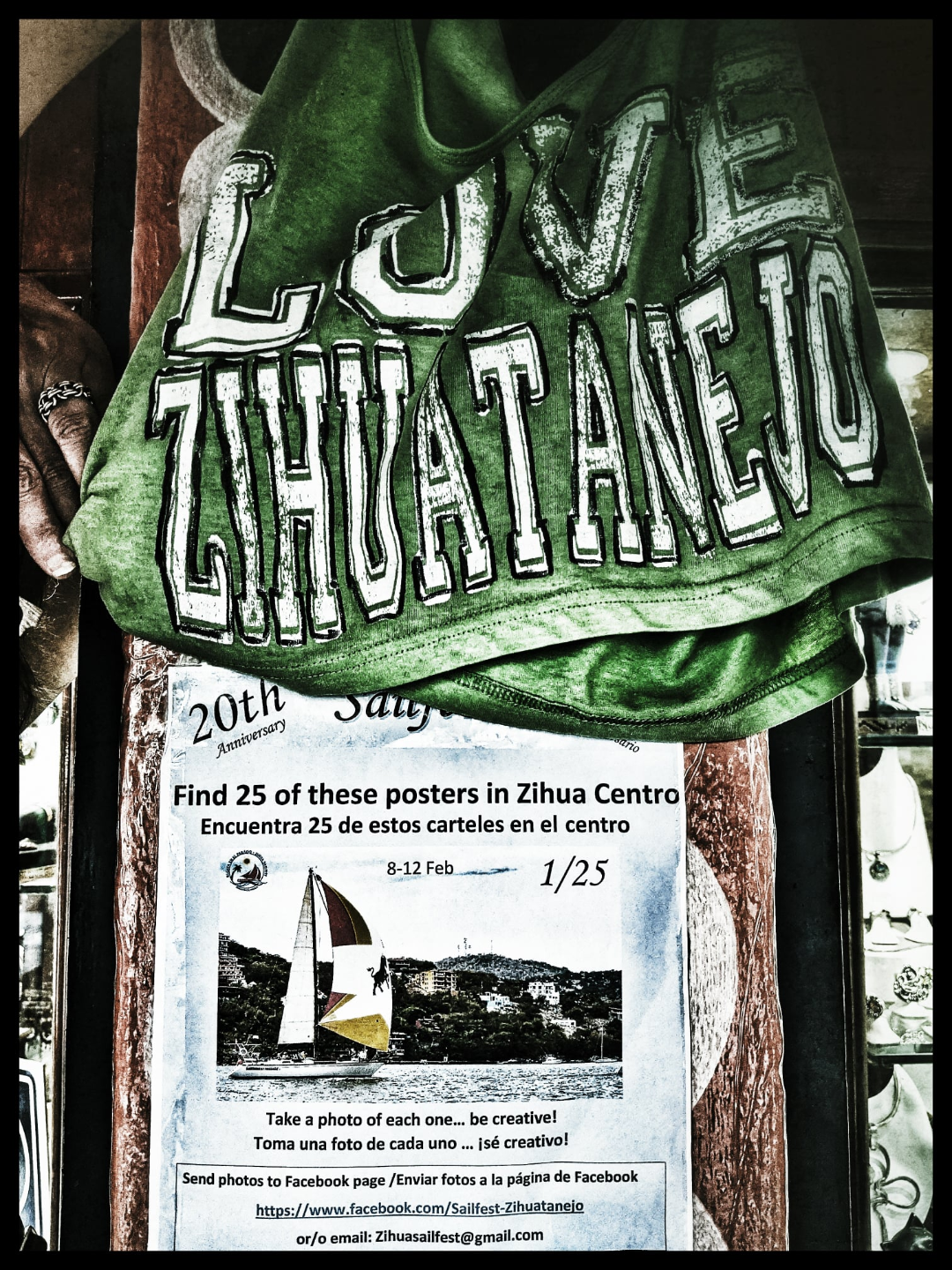 Lorenzo bequeathed 656,091 pesos to Por Los Ninos to continue the work we do. We felt as he owned more than 1000 books we had to build a Memorial library at his favorite school, Collegio Bachilleres High School in Zihua. We literally raised the roof which created room for the library, a music room, and one spare. Nelson Cote is collecting instruments for the school band. 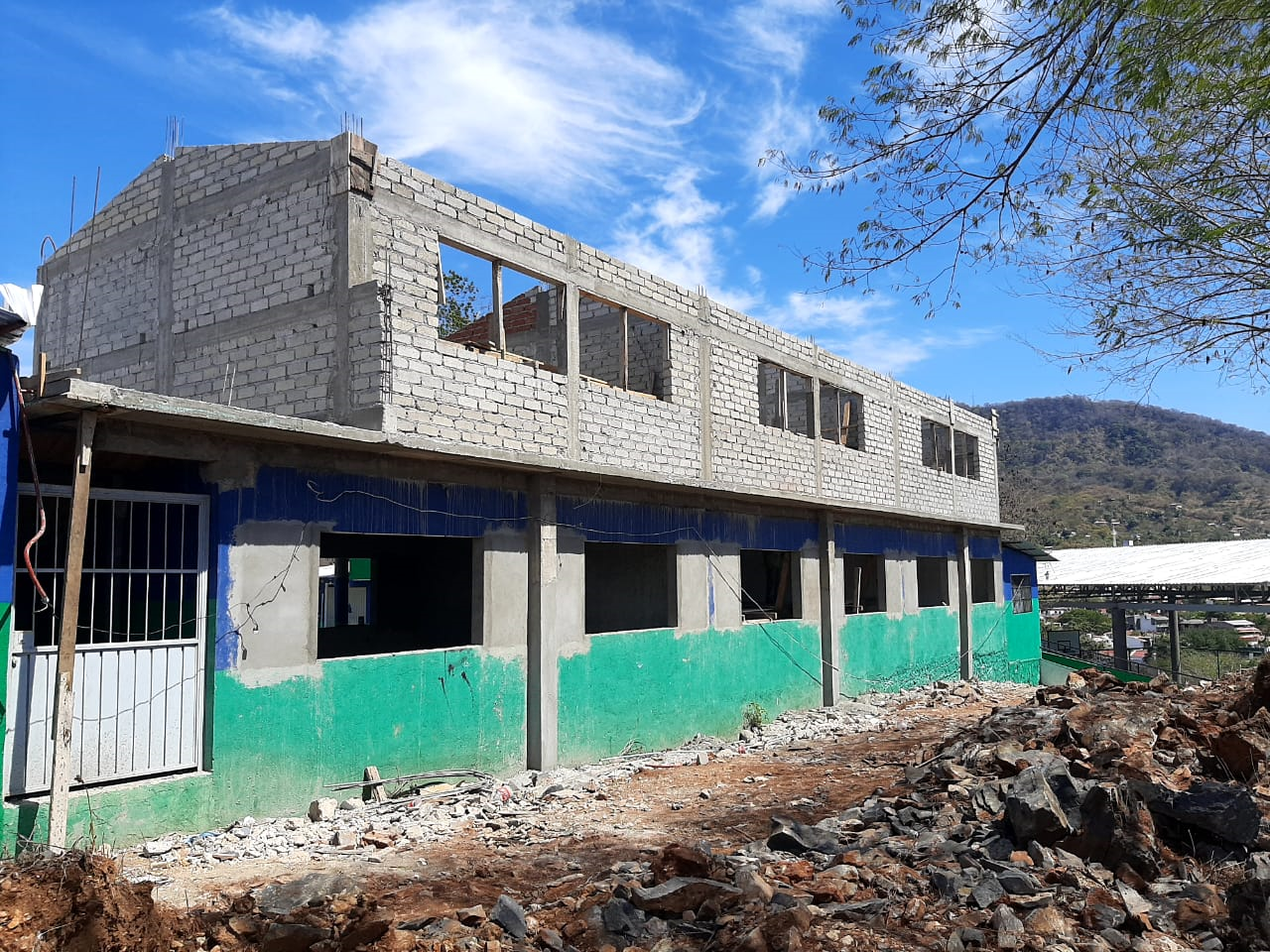 My favorite cement worker Pedro Zamora created the cenotaph for Lorenzo’s ashes, this is what he did! Arte Max is painting it. 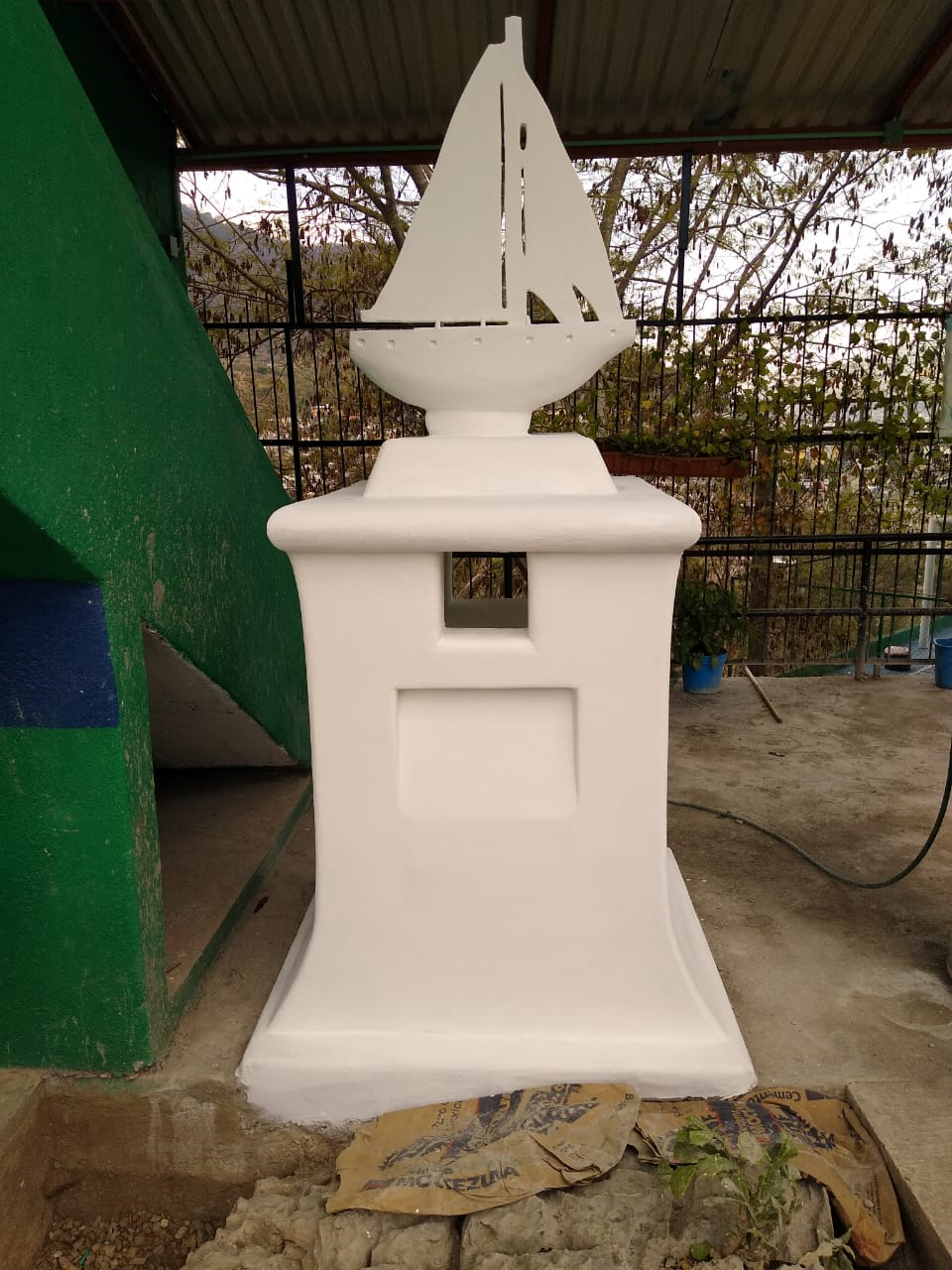 The Marathon is still going on, but the pledges look good there too. We will continue to keep feeding the people. Last week alone the community kitchen fed 1612 portions.
Cindy Dainard was so successful with the Marathon in October she re-created another Run/Walk event so that those of you who can’t join us will continue to have an option to support Por Los Niños during Sailfest. Participants will have until April 1st to find their donors and complete their distances. Helen Walsh has already raised over $2000. in pledges for her participation.

Our Year-End totals are in for 20202 and last year we brought in 8,461,418 pesos and we spent 8,143,771. The majority of the funds were for the Rice and Beans Program but we still managed to support our English scholarship students, Music in my Zihua (Juanitos free guitar lessons in the colonias for more than 300 students), 4 new classrooms, a kitchen, kitchen equipment and 3 roofs over basketball courts in partnership with the City and Bellevue Rotary Club.

Saludos from a cool but sunny Zihuatenejo, we know we won’t get any sympathy but it is only 25 F degrees today. 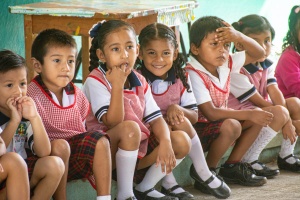 With Sailfest 2021 being so pared down this year we have decided to re-create another Run/Walk event so that those of you who can’t come down will continue to have an option to support Por Los Niños during Sailfest. Participants will have until April 1st to find their donors and complete their distances.

Since we have created this event ourselves this time there will no longer be a registration fee of $35 to $50, simply an administration fee of under two dollars to pay the site for the use of its platform. You can elect to run or walk 5k, 10k, a half marathon, or a full marathon. Most of our past participants last time were walkers, and you can track that distance while you’re on a treadmill, running errands, or simply going for a walk…..then add it all up at the end. That portion of the event is actually the easiest, as most of your effort will be spent finding donors to support your endeavor. Fortunately, the Race Roster site has built-in email and social media links that make it really easy to contact potential supporters.

Basic instructions are going to be posted on our event Facebook page, under notifications, but please email me if you have any questions. The site can be a bit awkward to navigate at times, so I’ve even done phone walkthroughs with people. I can set up a “phone date” anywhere in North America if you need assistance with setting up your personal page and we can have a laugh while stumbling through the technology. Please also feel free to make the FB page fun and post pictures of your treks.

This is so important to be able to continue feeding the families through the daily meals and weekly food hampers that Carol works so hard to provide for. We really do need all hands on deck. Even if you don’t have a wide circle of people to call on for donations, every little bit is going to help. Please don’t think that you have to be a super fundraising generator. If we have 50 people raising $100, that’s more than 1 person raising $2,000. In an ideal world, we’re going to have a wide range of personal totals, but every little bit is going to count. 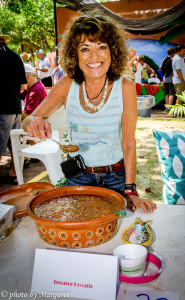 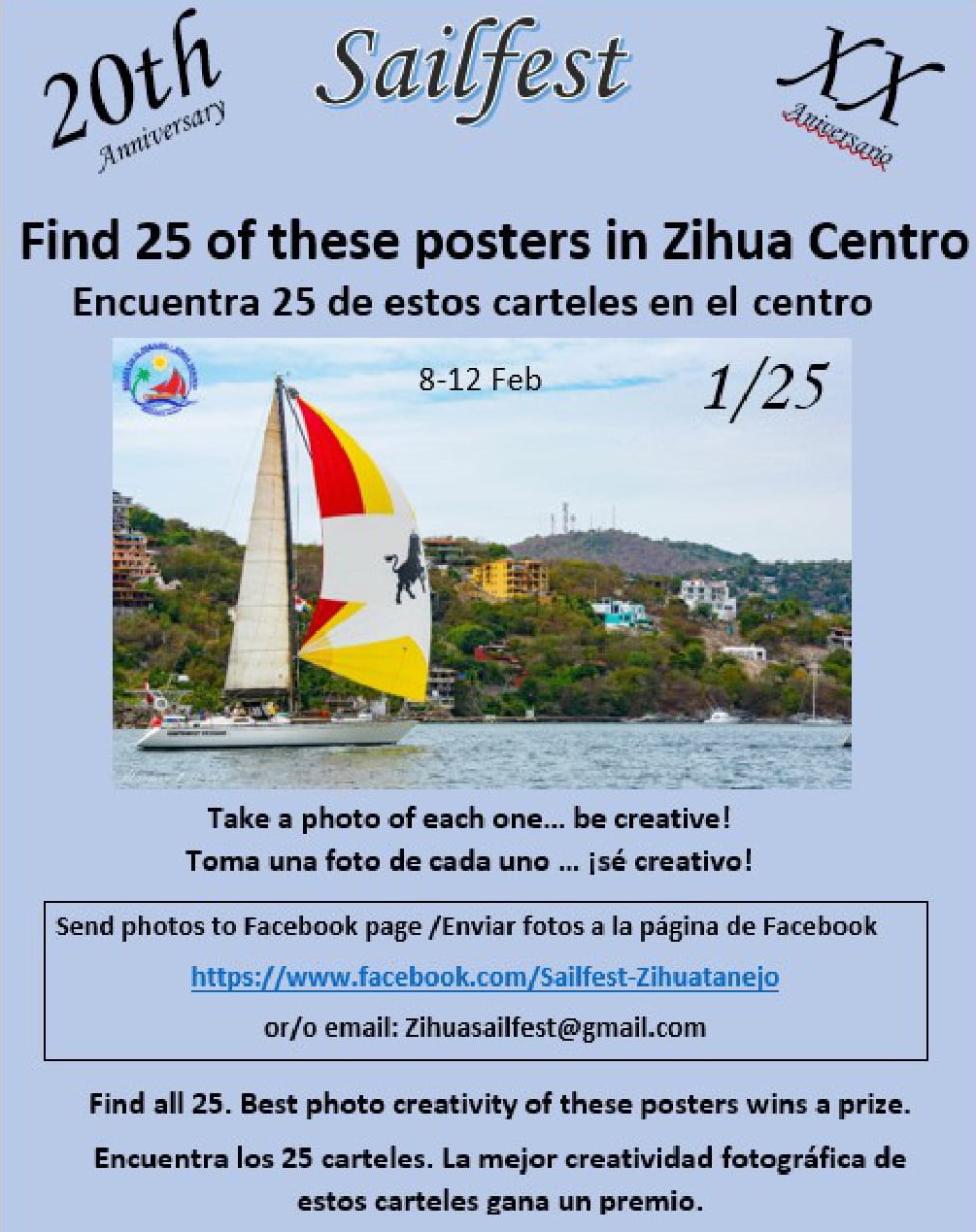 Hola everyone … as a part of the 20th anniversary to keep Sailfest alive, have some fun, exercise and not cost you a thing we have set up an Eye Spy Scavenger Hunt for those of you that are in Zihua. Sailfest wants you to “stay safe”, «wear a mask”, «social distance”!

You can find 25 different posters that are located around the downtown area of Zihua. It is a small area, from the pier to the museum, from Playa Principal to Calle Ignacio M Altamirano. The posters are located at businesses that have supported Sailfest over the past 20 years. You do not have to go inside … only if you want to as an appreciation of their support.

Take a photo of each poster, (try to be creative with your photos to make your standout). Gather all 25 and submit them either to Sailfest Facebook or email them to Zihuasailfest@gmail.com

As a hint – here is a list of supporters from last year. Some are out of the poster area, and some no longer exist but we want to acknowledge them for their support.

The most important project of 2020

The most important project of 2020