I was truly hoping to have nothing but good news to report. That being said, we will start with the good news. Covid is under control with less than 7% hospital occupancy. The people are mostly back to work, occupancy in the hotels is still being regulated and protocols are still in place to keep everyone safe. Everyone is saying it will be a good season this year for tourism with record reservations. Schools are reopening but slowly as they address the new protocols for sanitization. Only about 50% of schools are actually having classes in person.

The mayor says we are on for a full-on Sailfest this year! Plans are underway to make it a spectacular event. Dates are later so people can attend both Guitarfest and Sailfest. The tourists will be happy. Sailfest Feb 21 to 27th and Guitarfest March 5. 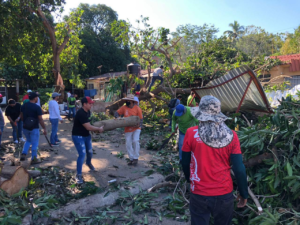 Now for the bad news, we were hit with a Category 2 Hurricane and many homes were left without roofs, full of mud and their possessions soaked. So far only one of our scholarship families has any severe damage but more than half have not reported in, so not a good sign. Our beloved Juanito Zihua had two trees come down in the middle of his house but instead of worrying about it he was on the phone checking on all his many friends, us included. No wonder we love him. 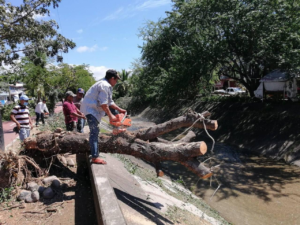 The Mexican people are very resilient but they have been hit hard the last two years between Covid, a struggling economy and now a hurricane, the first in most people’s memory. 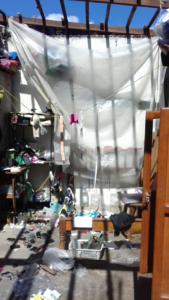 Barra de Potosi was barely touched except by the storm surge but Zihuatanejo and Ixtapa were a different story. Ixtapa looked like a war zone at the entry, down by the marina, not so bad. Hundreds of trees down, 5 cars damaged in front of the Hotel Fontan. Today we drove over to check on Jane Fiala’s condo that had two huge windows blown out. Ixtapa and Zihuatanejo were well on the way to being cleaned up and back to normal. Another 2 days and you won’t know anything had happened other than there are a lot less trees. 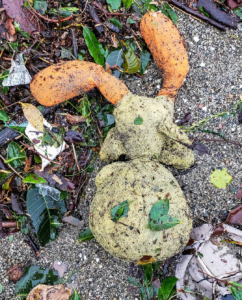 Rick made landfall in Saladita just north of Troncones. No loss of life or injuries were reported thankfully. 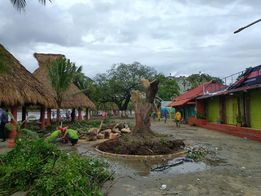